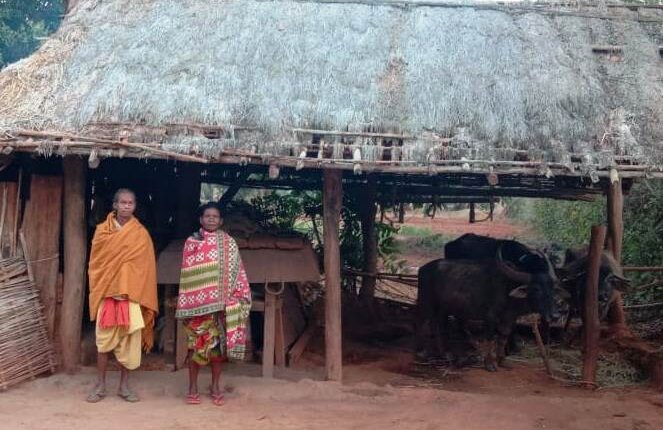 Khajuripada/Balaskumpa: The 80-year-old Niladri Mallik from Garadpakhi village under Khajuripada block in Kandhamal district is staying in buffalo shed due to lack of housing facility.

Niladri, a folk artiste who is well versed in Ghudki and Pala, lives in the buffalo shed along with his wife Yasoda Mallik.

Niladri said he has been running from pillar to post to get the sanction of a house under PM Awas Yojana. The government is providing pensions to artistes, but he is yet to get the same despite several imploring to the concerned officials at Block and District level.

The octogenarian folk artiste alleged that he has been given false promises about PM Awas or other schemes floated by the state government.

He said he has been visiting different places since 1980 to earn a living by playing Ghudki. It is very difficult to make both ends meet, Niladri said and added that he and his family get 20 kgs of rice through ration card.

Four Workers Killed After Being Run Over By State Bus In…