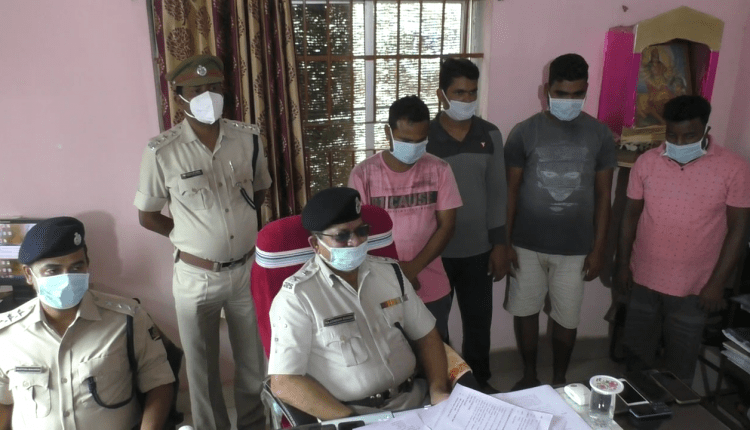 SP Raj Kishore Paikray informed this at a press conference held at the Deogarh Model ​​police station premises today. He said that Rs 1.05 lakh in cash, mobile phones, four bikes and playing cards have been seized from them.

Acting on a tip-off, a police team, led by Barkot PS IIC Kanak Majhi, raided the gambling den running behind the football ground at Golabandha.

On seeing the cops approaching, some gamblers fled the scene and the police team managed to nab only four of them.

The arrested were identified as Bibhu Naik of Golabandha village; Dipak Kumar Pradhan, Manas Pradhan and Chandra Sekhar Behera of Kala village. All the accused were forwarded to the court today, SP Paikray said.