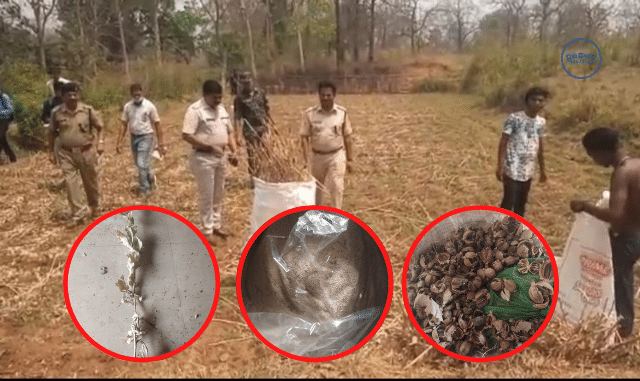 According to police sources, Durga Luhura and Sukhram Munda, both natives of Jharkhand, have been arrested in this connection and a case has been registered against them under relevant sections of the NDPS Act.

Sources said the duo was involved in opium poppy plantation on 3-4 acres of government land near a canal close to Utuniamunda-Dudhikhol village.