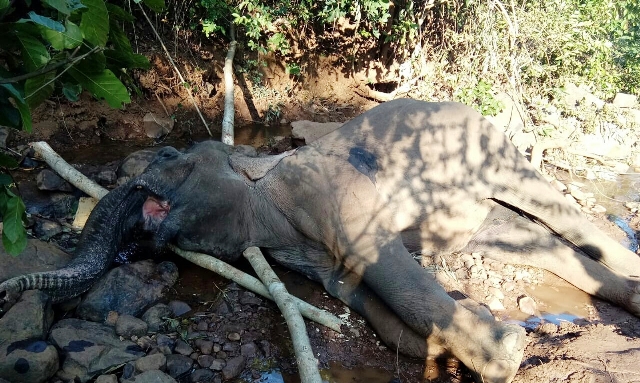 Deogarh: An ailing female elephant, which was critical after falling into Biriam nullah, died while undergoing treatment today.

According to sources, the pachyderm was found in a critical condition near a nullah. On being informed by the locals, a team of forest officials rushed to the site and immediately started her treatment. Later, veterinary doctors were called. However, after a week-long treatment, the elephant succumbed.

The carcass has been seized and sent for post-mortem, sources added.