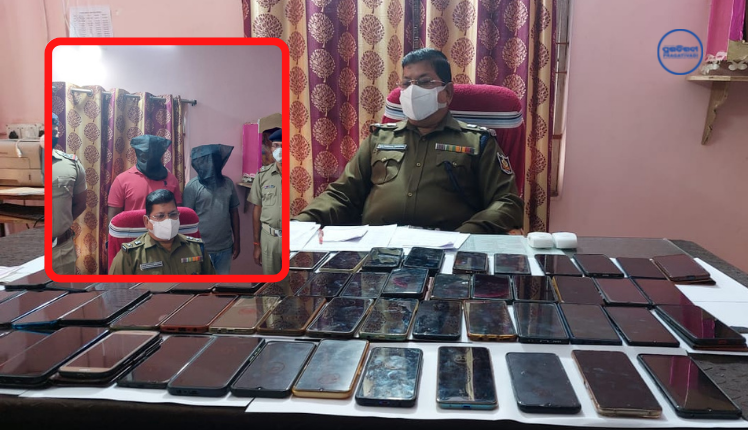 Deogarh: In a major crackdown, Deogarh police have seized a total of 63 stolen mobile phones with the arrest of two youths involved in looting the devices from various parts of Odisha.

The arrested have been identified as A Buddu and A Appulu, both natives of Ganjam Chhatrapur area, and a total of 63 stolen mobile phones of different brands and a bike have been seized from them, the police said.

SP Rajkishore Paikrai at a press conference held at Deogarh Model ​​police station premises informed that the arrested duo has been book under relevant and forwarded to the court today. SI Rajesh Baliarsingh was also present.

According to the police, the accused duo used to target senior citizens, morning weekly haats held at several places between Berhampur and Sonepur, Deogarh and Sambalpur, coastal districts and western Odisha.

While investigating a mobile loot case, the two notorious looters, Buddu and Appulu were apprehended and the huge cache of stolen devices was seized from them. They used to take advantage of the crowd and make away with mobile phones and cash from people, the police further said.