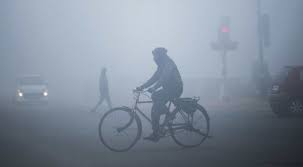 This was perhaps for the first time this year that normal life here was adversely affected as visibility dropped considerably, creating problems for commuters on road.

Traffic confusion has been seen on the roads and highways between the two cities. Visibility was limited to a few metres as commuters were unable to gauge directions further.

While people preferred to remain indoors, shops and make shift eateries saw low business in both the cities due to the fog.

Earlier, several parts of Odisha had experienced the winter chill with minimum temperature.

“I Believe In Work Instead Of Word”: CM Naveen Flays BJP…