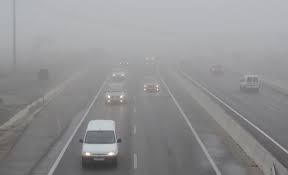 Bhubaneswar: Several parts of Odisha including the Twin Cities of Cuttack and Bhubaneswar on Saturday morning woke up to a thick blanket of dense fog.

As per the India Meteorological Department (IMD) report, dense fog was observed in the isolated pockets of the State. Fog also created troubles for hundreds of motorists who were seen struggling to navigate on the busy roads in different parts of the State.

The visibility dropped to 50 meters with a minimum temperature of 17 degrees Celsius.

The Met department has also issued dense fog alert for several districts of Odisha for the next 48 hours.

Farmers’ agitation: Over 3,500 cops deployed to maintain law and order