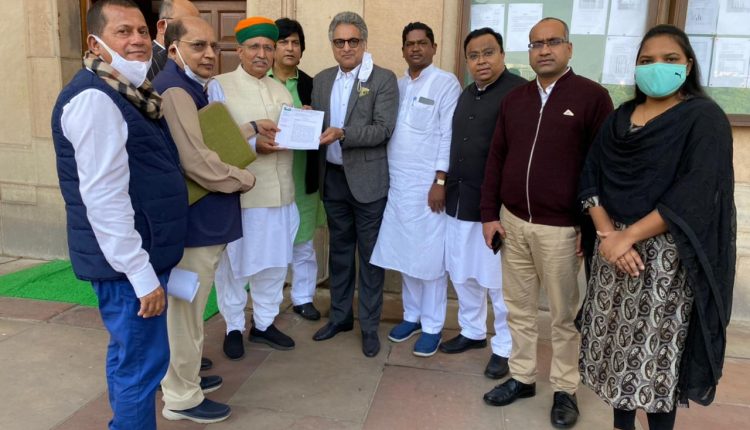 Bhubaneswar: A delegation of Biju Janata Dal (BJD) MPs on Monday met Union Minister of State for Culture, Arjun Ram Meghwal, and demanded to declare Paika Bidroha as the First War of Independence.

The MPs submitted a memorandum which read: ” “Paika Bidroha” also known as the Paika Rebellion took place in 1817, which was India’s first organized armed rebellion against the British raj. This was the First War of Independence for India which was 40 years before the revolt of1857, which was later termed as the 1st War of Indian Independence against British Colonialism.

This battle was fought under the leadership of Baxi Jagabandhu of Odisha. The legend of the heroics of Baxi Jagabandhu as well as the valiant Paikas of Odisha continues to inspire the 4.5 crores Odias since the last two centuries. It is time, that this struggle and sacrifice by a generation of Odia people got its due place in the annals of history. The Paika Bidroha led the path in energizing and mobilizing the people of India and created strong resistance against the British raj, which ultimately led to the British having to leave India and India gaining its independence from foreign rule.

” On 23rd October 2017, the then Union Minister of Human Resource Development Prakash Javadekar in a press meet at Bhubaneswar announced that “Paika Bidroha will find a place as the First War ‘of Independence against the British Rule in the history books. The students shall learn the factual history of 1817.” This brought great happiness to the people of Odisha after long years of struggle and with the leadership of Hon’ble Chief Minister of Odisha Shri. Naveen. Patnaik, finally the Centre had agreed to the proposal of Shri Naveen Patnaik to declare the Paika Bidroha as the First War of Independence.

However, the people of Odisha were shocked, anguished, and pained when they recently came to know that the Centre had refused to declare Paika Bidroha also known as Paika Rebellion as the First War of Independence. In reply to an Unstarred Question No. 485 of 2nd December 2021 in the Rajya Sabha, Parliament of India, the Union Minister of Culture, Government of India has mentioned that “Paika Rebellion cannot be called the First War of Independence.”

Further painful is the reply, that this historic Paika Bidroha would be reduced to just a ‘case study’ in the Class-8 history textbook of NCERT which deals with the 1857 event, thereby rendering this momentous Paika Bidroha just as a footnote to the 1857 event,”  read the memo.

The MPs further stated that we, the elected people representatives of Odisha have been receiving hundreds of calls from Odias from Odisha, India, and across the world who consider this reply as a slight and insult to the rich history and culture of Odisha. This is a massive damage to the “Odia Asmita, Odia Itihaas, Odia Sanskruti, Odia Sabhayata, Odia Ayitiha and Odia Parampara. The 4.5 crore people of Odisha as well as proud Odias across the world are aggrieved by this grievous injury to their Odia identity and history.

” We strongly demand along with the 4.5 crore people of Odisha, that the Government of India must immediately declare Paika Bidroha as the First War of Independence as has been repeatedly demanded and also conceded by the then Union Minister of Human Resource Development. Until this demand is met, the pride and the glory of Odisha and the 4.5 Crore Odias will not allow us to rest for a moment,” they added.