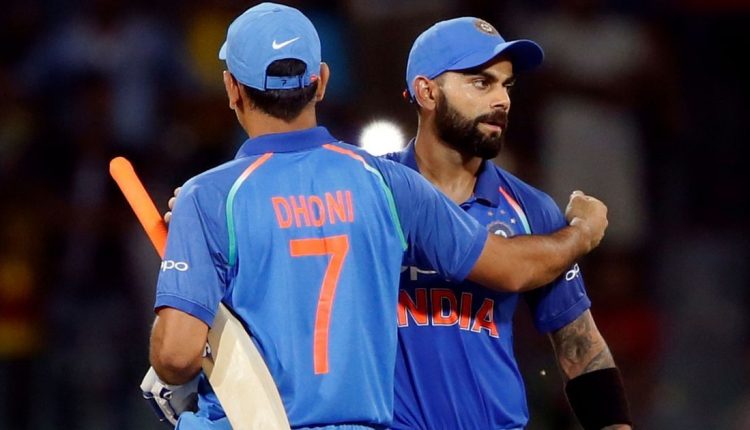 Delighted To Have MS Dhoni As Mentor In T20 World Cup: Virat Kohli

Dubai: Ahead of the ICC Men’s T20 World Cup, India skipper Virat Kohli on Saturday said that having MS Dhoni as the mentor for the team will hold his side in good stead.

India will open its campaign in the upcoming T20 World Cup against Pakistan on October 24 at the Dubai International Stadium.

“Massive experience. He is quite excited about getting back in this environment. He has always been a mentor for all of us, when we were starting our careers at the time he played and now he has the same opportunity to continue the same again. Especially for the younger guys who are in early stages of their career, just experience that he has gained over the years and having conversations with him about the game,” said Kohli during a Captain’s Call organised by the International Cricket Council (ICC) ahead of the upcoming Men’s T20 World Cup.

“Such practical inputs and such intricate details of where the game is going and where we can improve. He makes a difference when he is in a leadership role in any team, absolutely delighted to have him in this environment. He will certainly boost the morale of the team further,” he added.

Kohli’s side will also have the services of MS Dhoni as the former India skipper will act as a mentor.