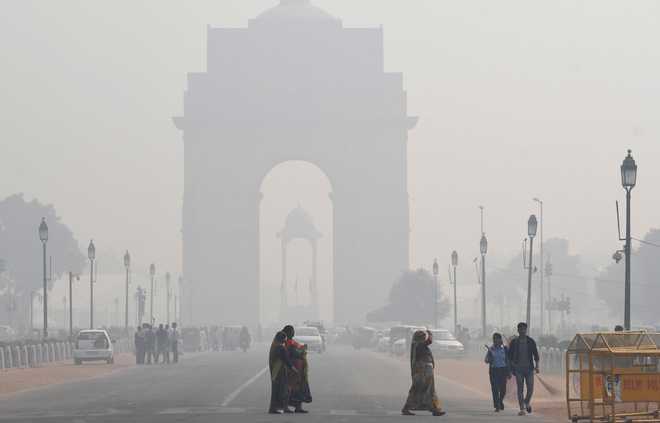 New Delhi: The National Capital’s air quality has dipped marginally in ‘poor’ category and is expected to deteriorate further, according to SAFAR.

SAFAR said Delhi’s overall AQI is expected to deteriorate towards the higher end of the ‘very poor’ category between Tuesday and Friday as the speed of surface winds is likely to drop during that period.

The pollution monitoring system said the concentrations of the particulate matter (PM) with a diameter of 10 and 2.5 microns were recorded at 187 (‘moderate’ category) and 108 (‘poor’ category) micrograms per cubic respectively on Monday.