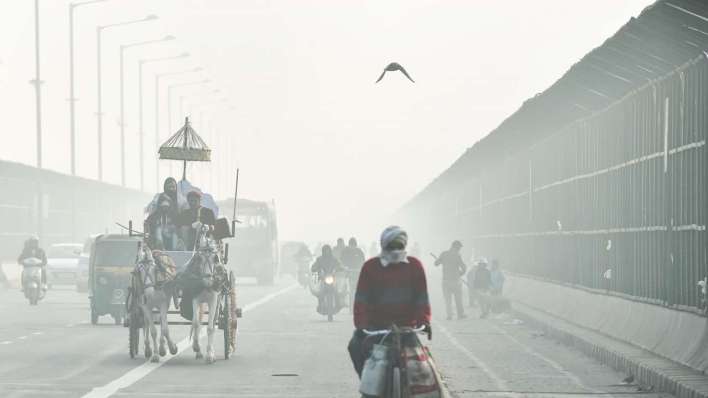 New Delhi: The air quality in Delhi stood in the ‘very poor’ category on the first day of 2021 even as a ‘severe’ cold wave grips the national capital on Friday.

The cold wave intensified with mercury dipping  to 1.1 degrees Celsius, the lowest in 15 years. The visibility was reduced to zero in some parts of the national capital region thus affecting traffic movement as very dense fog has engulfed the region.

Reports said the Safdarjung Observatory recorded a minimum of 1.1 degrees Celsius, the lowest in the month of January against the previous record of 0.2 degrees Celsius on January 8, 2006.

The IMD bulletin said the dense fog will continue in the national capital over the next two days. A fresh Western Disturbance is likely to affect the region from January 3 onwards.