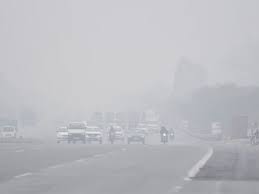 The India Meteorological Department (IMD) said visibility levels dropped to 100 metres at Palam and 201 metres at Safdarjung owing to “dense” to “moderate” fog in the morning.

The Safdarjung Observatory, which provides representative data for the city, recorded a minimum of 2 degrees Celsius, five notches below normal, as against 3.2 degrees Celsius on Wednesday.

The weather stations at Lodhi Road and Ridge recorded a minimum of 2.4 and 3.6 degrees Celsius, respectively.

The capital city had recorded a minimum of 1.1 degrees Celsius on January 1, the lowest for the month in 15 years.