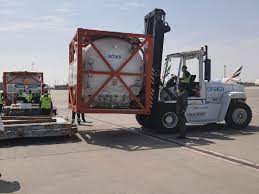 New Delhi: The Delhi High Court has directed the Union Government to ensure oxygen supply to Delhi by ‘whatever means’ latest by Saturday.

The court asked its counsel Amit Mahajan to forthwith take up the matter with the officers of the central government on supply of oxygen from Linde and others.

The High Court said :”Enough is enough… We mean business. Water has gone above the head… You made an allocation of oxygen to Delhi, you fulfil it”.

The High Court’s criticism comes at a time when  8 deaths occurred in Batra Hospital due to lack of oxygen supply. A senior doctor of the hospital has also died due to shortage of oxygen.

Court also asked the Centre to ensure that four oxygen tankers (having Haryana Number) allocated to Delhi, but currently detained in Rajasthan, be released immediately. It asked the Centre to file a compliance report and sought an explanation by Monday if the directives were not met.

Delhi govt extends lockdown by a week amid coronavirus surge