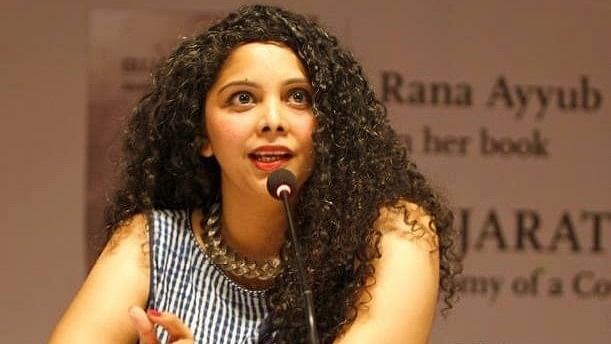 New Delhi: The Delhi High Court quashed the Look Out Circular (LOC) issued against journalist Rana Ayyub noting that it was “devoid of merits” and infringed upon her human right to travel abroad, and to exercise her freedom of speech and expression.

Justice Chandra Dhari Singh also permitted Ayyub to travel abroad with the condition that she will intimate her travel dates and detailed itinerary to the Enforcement Directorate (ED), which is investigating her for alleged misappropriation of funds collected in the name of relief work.

The journalist was barred from leaving the country on March 30, citing a lookout circular. The actual ED summons — delivered by email to her in connection with a case alleging misuse of COVID-19 relief funds — arrived in her inbox much after she was already stopped by immigration officials, she had told The Wire. Further, the summons were for April 1, the very day Ayyub’s event was to take place.

Ayyub was travelling to Europe to deliver talks and participate in events themed on violence against women journalists. Like other journalists in India who are seen as critics of the government, Ayyub is a frequent target of online attacks – which range from death threats to other forms of targeted harassment.

The High Court observed that the LOC was issued in “haste and despite the absence of any precondition necessitating such a measure”. It said, “LOC is a coercive measure to make a person surrender” and consequentially interferes with Ayyub’s right to personal liberty and free movement.

The ED, during the hearing, did not contradict the submission made by Ayyub, that she has appeared on each and every date before the investigating agency when summoned. “Hence, there is no cogent reason for presuming that the petitioner [Ayyub] would not appear before the Investigation Agency and hence, no case is made out for issuing the impugned LOC,” the High Court remarked.

Justice Singh observed, “a balance has to be struck qua the right of the investigation agency to investigate the instant matter as well as the fundamental right of the petitioner of movement and free speech”. The judge ordered Ayyub to deposit an FDR to the tune of ₹1 lakh before the ED at its Mumbai office. and told her to return to India on the date specified, April 11, 2022.