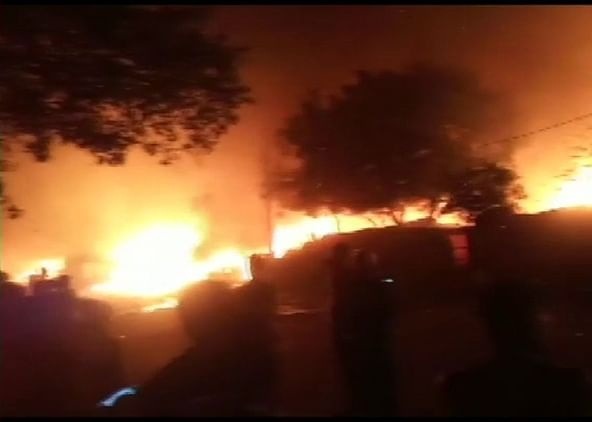 New Delhi: A fire broke out at a cloth godown at Sanjay Colony, in the Okhla Phase II area of Delhi during the early hours of Sunday.

No injuries were reported yet.

The blaze broke out in a katran (waste cloth cutting) and later spread to the shanties following which approximately 20-22 shanties were gutted. A truck present at the spot also caught fire.

According to Delhi Fire Service, a call about the fire was received at 2.23 am following which seven fire tenders were initially rushed to the spot.

In total, 27 fire tenders were deployed and the blaze was brought under control.

Myanmar: Thousands Gather On Street For 2nd Day Of Protests