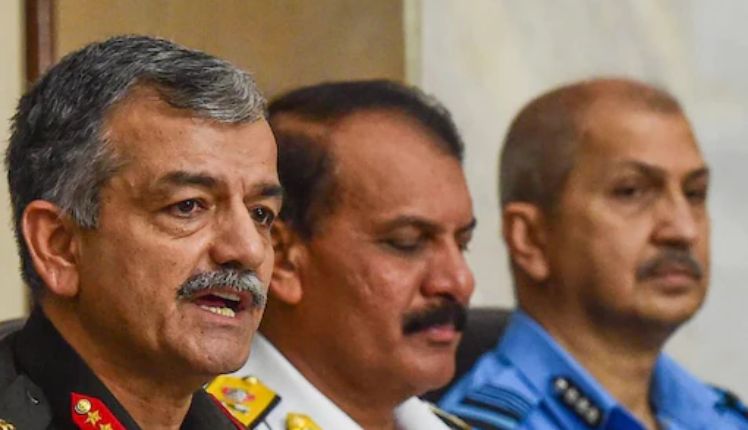 New Delhi: Amid the ongoing row over the Agnipath scheme, the chiefs of the Indian Army, Navy and Air Force are scheduled to separately meet Prime Minister Narendra Modi on June 21.

The three defence services have already issued notifications to begin recruitment of Agniveers under the new military scheme.

The Agnipath scheme was launched last week and following protests, the central government has announced several support measures in the last few days to allay apprehensions surrounding the new recruitment scheme into the armed forces.

Unveiling the Agnipath scheme in the presence of the three service chiefs, Defence Minister Rajnath Singh had said on June 14 said that it was a transformative initiative that would provide a youthful profile to the armed forces.