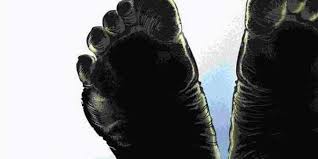 Balasore: The decomposed body of a woman with hands and legs tied was recovered from farmland near Dahipur village in Balasore district.

The deceased was identified as Sabita Singh, wife of one Madhu Singh from Ambagadia village in Soro area.

According to sources, locals spotted the decomposed body under a stack of rice straw and immediately alerted the police about the matter.

Cops reached the spot and seized the body for post mortem.

Cops also found a towel, broken liquor bottles, sindoor and woman clothes a few metres away from the body.

While police suspected that the woman was murdered after being raped nearly two days ago, the woman’s husband did not inform the local police when his wife went missing.

Following this, police detained the woman’s husband for questioning.