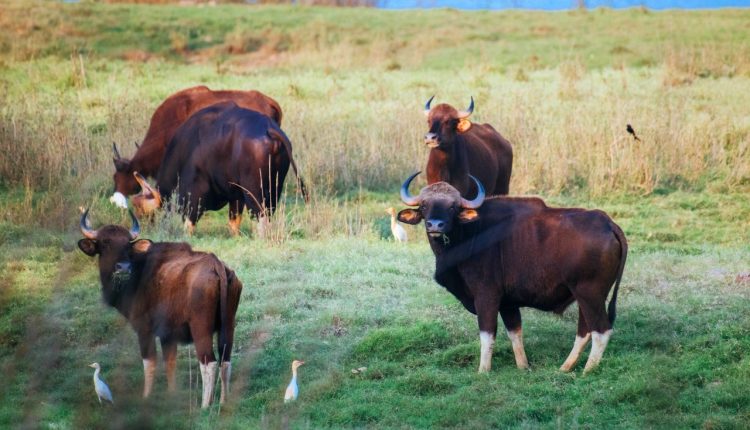 Sambalpur:  Debrigarh Sanctuary shares 100 shoreline with Hirakud Reservoir which is a Wetland of International importance due to rich biodiversity. Hirakud Reservoir is also a proposed Ramsar Site (Chilika and Bhitarkanika are the other two Ramsar sites in Odisha). In western Odisha at present Hirakud for declaration of Ramsar is under progress. Removal of weeds will enrich the habitat, increase grasslands, improve health of wildlife and also provide clear passage to water to animals from Sanctuary.

Debrigarh Sanctuary covers around 100 km shoreline with Hirakud reservoir. The 743 Sq.km  Hirakud Reservoir is a wetland of international importance and also proposed Ramsar Site. It is also the largest artificial lake in Asia. Ipomoea carnea is an obnoxious environmental weed which is known to be a toxic shrub. It originated in tropical regions of America but then has gradually spread to different sub-continent including Asia and is also found in different places of Odisha. This weed commonly called “Amari” in Odia is known to cause behavioral effects among animals and is also poisonous in nature. In last decade, it has spread aggressively on banks of Hirakud wetland adjoining Debrigarh Sanctuary. Thereby it has occupied the streaches of grasslands and shoreline which are important habitats for wildanimals.

Thickly populated with wild animals, the Debrigarh Sanctuary and is its adjoining Hirakud Wetland records large tracts of these invasive weed stretching over more than 100 kms. at the shoreline. The authority of Hirakud Wildlife Division has started clearing of these weeds over the entire stretch starting from Zeropoint to Tamdai, the end point of Sanctuary towards Chhattisgarh. Clearing is done by use of machines, care is taken roots of Ipomoea doesn’t touch ground after uprooting as it can give further scope for their propagation and by Soil solarization technique last trace of weed is also removed from this zone. Ipomoea is a non-native species and has out-compete the native grass varieties on the shoreline of Debrigarh Sanctuary & Hirakud Wetland and has thereby reduced the diversity of resident plant communities also. These zone being an Amphiterresterial habitat, many species of animals of the Sanctuary like Samber, Spotted Deer, Bison, Chousingha etc use these forest edge habitat for feeding, grazing and movement for using reservoir daily. Hirakud Wetland being the lifeline for Debrigarh, this zone needs to be clear from weeds and other invasive species which are not supportive to wildlife. Many small predators also are attracted to amphiterresterial habitat because of the pray abundance in this region as animals move towards the Wetland for water and feed more often in a day. 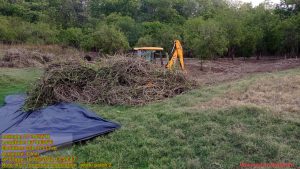 Clearing of weeds will provide space for the grasslands to expand and will also provide more space for the animals to move. Debrigarh management has identified certain ipomoea patches which is will restored for breeding of nesting of birds and other small animals. These identified patches shall be regularly monitored and is GIS mapped for our reference.

Hirakud Wetland is a proposed Ramsar site and is the largest artificvial lake in Asia.

Amphiterristerial habitat– it is the zone where Hirakud Wetland and Debrigarh Sanctuary converge i.e. the 100 kms shoreline between wildlife habitat and watland.Everyday during dawn and dusk, hundreds of Bison, Sambar, spotted deer, wildboar etc asre found to graze at the shoreline of Hirakud wetland. This also is an ideal habitat for ambush of predators.

Amphiterristerial habitat can support more bio-diversity then other habitats.