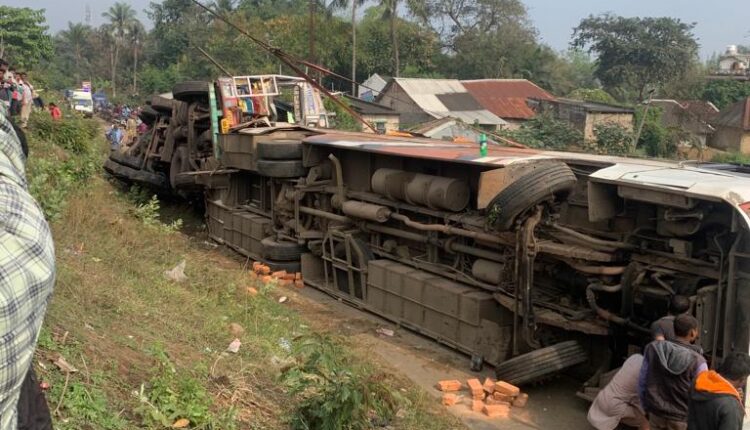 Soro: The death toll in the tragic bus mishap at Soro in Balasore district rose to six. While five persons were killed on the spot, one died while undergoing teartment at Soro hospital.

Several others who sustained injuries after a passenger bus they were travelling in overturned at Bidu Chhak were to rushed to Soro hospital for teatment.

Meanwhile, Odisha CM Naveen Patnaik has announced ex-gratia of Rs 2 lakh to the kin of each who have lost their lives in the mishap.

Patnaik has also directed the district authorities to ensure the best treatment possible to all who have sustained injuries in the accident.

According to reports, the mishap occurred when the bus named Shantilata was heading to Bhubaneswar from Udala.

The vehicle, which was stationed at Bidu Chhak, was hit by a coal-laden truck from behind. Following this, both the vehicles skidded off the road and overturned. A one-year-old infant is among those killed in the mishap.

Rain To Lash Several Odisha Dists For Next 4 Days