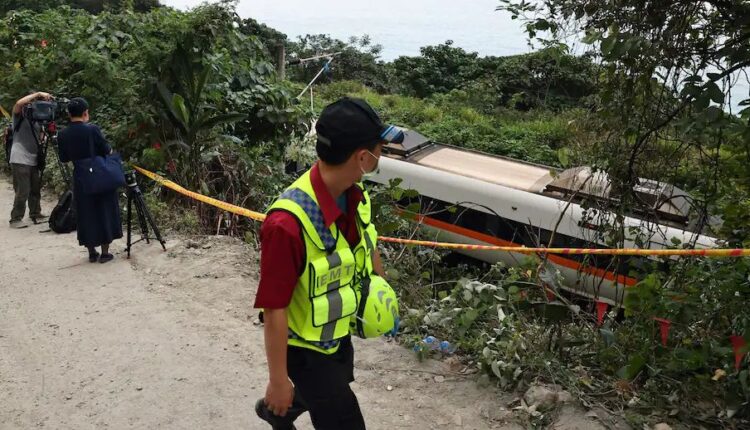 Taipei: The death toll of the train derailment mishap in eastern Taiwan rose to 51, officials said, noting that the death toll may rise as recovery efforts continue.

A construction truck that was improperly parked on a slope rolled down and collided with a passenger train Friday morning, leaving it derailed in a tunnel on Taiwan’s east coast.

The eight-carriage train was packed with some 480 people heading down the east coast for the annual Tomb Sweeping Festival, a four-day public holiday.

The Taiwan Railways Agency said 146 passengers were sent to hospital on top of the 51 confirmed dead.

The accident has raised concerns about Taiwan’s transportation safety, after another deadly train crash three years earlier. In 2018, 18 people were killed and 215 injured when a train derailed in northeastern Taiwan.