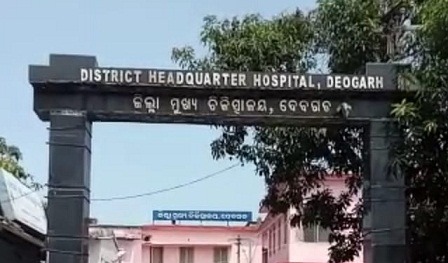 Deogarh: The Deogarh district is facing an acute shortage of doctors at all the Community Health Centers and Primary Health Centers including the District Headquarters Hospital (DHH).

However, the number dropped to 36 as four of them were on long leave (2 were over 7 years old and 2 were over 4 years old). Similarly, the total number of doctors in the district dropped to 33 as three other doctors had gone for higher studies.

Following this, the people of the district were facing various problems due to lack of proper health care. Locals have been repeatedly demanding to fill the vacancies.

On the 7th of last month, the health department authorities again ordered the transfer of six doctors from the Deogarh DHH on the letter No. 495 / 06-01-2020 and the letter No.497 / 06-01-2020. As a result, the number of doctors at the DHH will come down to 12, and the health care system will be completely paralyzed.

There is a public demand to immediately revoke the above transfer order and fill the vacant doctors’ posts immediately. On the other hand, several organisations are planning to launch a mass protest opposing the move.

This apart, Deogarh MLA Subhas Chandra Panigrahi has informed the District Collector and the Chief District Medical Officer (CDMO) not to relieve the doctors who have been relocated until more doctors are posted in the district.