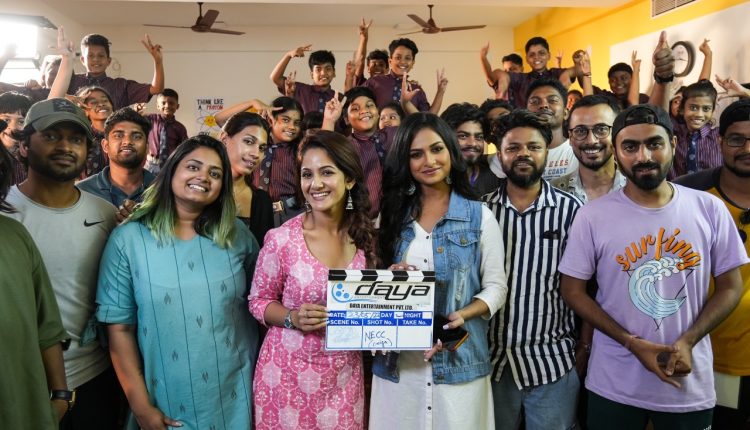 Bhubaneswar: Daya Entertainment Pvt. Ltd, the leading advertising agency of Odisha achieves yet another milestone in its journey of the best ad agency in the state.

The agency has bagged the TVC Commercial Project for National Egg Coordination Committee NECC for the second consecutive year. The ad is for a bilingual TV commercial which is produced in Bengali & Odia.

The prime objective of this campaign is to promote egg consumption in the states of West Bengal & Odisha.

National Egg Coordination Committee (NECC) is an association of poultry farmers who generally works for the betterment of the egg industry. The famous Egg Consumption Campaign “Sunday Ho Ya Monday, Roz Khao Ande” has been a familiar tagline for every Indian household since its inception. The campaign just adds to the legacy. Many celebrities like Sachin Tendulkar, Sunil Gavaskar, Rahul Dravid, etc. have been a part of the previous campaigns.

The Odia commercial will feature Leading Ollywood Actress Sheetal Patra for Odisha and prominent actors Dulal Lahiri & Trina Saha for West Bengal as the face of the Campaign.

It should be noted, that Daya Entertainment Pvt. Ltd has been led by young passionate Ad Man Dayanidhi Dahimawho and has been acknowledged nationally as well as internationally for his creative TVCs and short films. Recently, the agency was nominated for Filmfare awards for its Hindi short movie Nawab, Antarvasna & Sita. Also, ‘Antarvasna & Sita’ were being nominated for the Cannes Short Film Corner 2021. The agency has produced more than 200 ad films in its entire carrier span.

Speaking on the new project, Dayanidhi Dahima, Founder & Managing Director, Daya Entertainment Pvt. Ltd. said, “We are delighted to be associated with NECC for the second time. Our team is equally thrilled and motivated to work on this project again and help to achieve its goal. Last time, it was a wonderful experience altogether.’’

Putting lights on the objective of the Campaign,Sibasis Nayak, Director of Daya Entertainment Pvt. Ltd. said, “Eggs are one of the great sources of nutrients for children asit helps them to grow healthy. With this ‘Sunday Ho Ya Monday’ campaign we target at changing the perspective of people specifically children towards egg and encourage them to consume eggs daily.”

This Influencer Campaign for NECC is one of its kind Ad Campaign which is the brainchild of Kabir Seth Majhi, Co-founder of Daya Entertainment Pvt. Ltd. In this social media campaign, a number of influencers will be promoting consumption of egg across social media.

Sharing her happiness on being associated with NECC Ad Campaign for the second time, Leading Odia actress Sheetal Patra, said, “Throughout my childhood I haveseen celebrities chanting ‘Sunday Ho Ya Monday, Roz Khao Ande’. As a child I used to get excited with this ad saying eat eggs daily. Getting an opportunity to be a part of such legendary ad campaign is completely thrilling. I am super excited to work with NECC for the second consecutive year.”

Notably , Daya Entertainment Pvt. Ltd made a mark in the event & celebrity management sector managing many Bollywood celebrities like Sonam Kapoor, Arjun Rampal, Raveen Tandon, Dino Morea, Aftab Shivdasani, Tisca Chopra, etc. and many more. Earlier, “Sunday Ho Ya Monday, Roz Khao Ande” was one of its popular campaigns who got reception from around the nation.Daya Entertainment also holds the honour of being an empanelled agency with the Odisha Tourism & I&PR Dept., Govt. of Odisha.