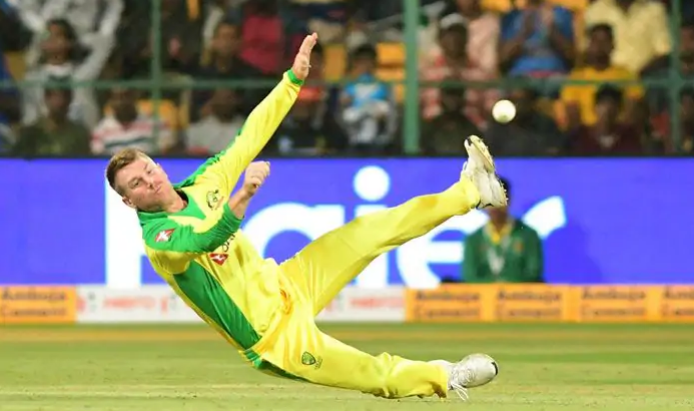 New Delhi: Star opening batsman David Warner has been ruled out of Australia’s next one-day international and all three Twenty20 series against India because of a groin injury.

The left-hander registered scores of 69 and 83 in the first two ODIs against India. He has now been ruled out of the third and final ODI and the three T20Is that follow.

Some bad news for Australia fans 🤕

David Warner has limped off the field after appearing to have hurt his groin while fielding in the second innings.#AUSvINDpic.twitter.com/8whmf2nEDD

Opening batsman D’Arcy Short has been called up to the Twenty20 international squad as a replacement.

Cricket Australia also announced that leading pace bowler Pat Cummins will be rested for the remainder of the white-ball matches against India, putting pressure on an out-of-form Mitchell Starc.

No replacement has been announced for Cummins, with Australia to rely on Josh Hazelwood, Starc and all-rounder Marcus Stoinis to provide the main seam bowling options.

Australia will play four Tests against India, with the other matches in Melbourne beginning on Boxing Day, Sydney (January 7-11) and Brisbane (January 15-19).