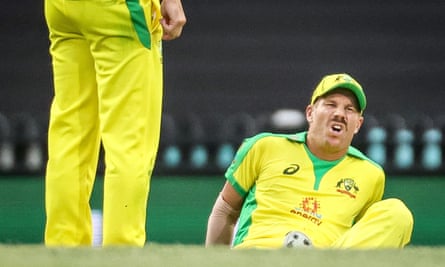 Sydney: Australia’s star opening batsman David Warner has been ruled out of their first Test against India in Adelaide due to an injury issue, Cricket Australia said on Wednesday.

Warner picked up a groin injury during the second ODI against India following which he was ruled out of the remainder of the white-ball matches including a three-match T20I series.

JUST IN: David Warner has been officially ruled out of the first #AUSvIND Test

“I feel I have made great progress in a short amount of time and it’s best for me to stay here in Sydney to continue working on getting back to full fitness,” Warner said in a statement.

The first Test, a day-night affair, gets underway from December 17.