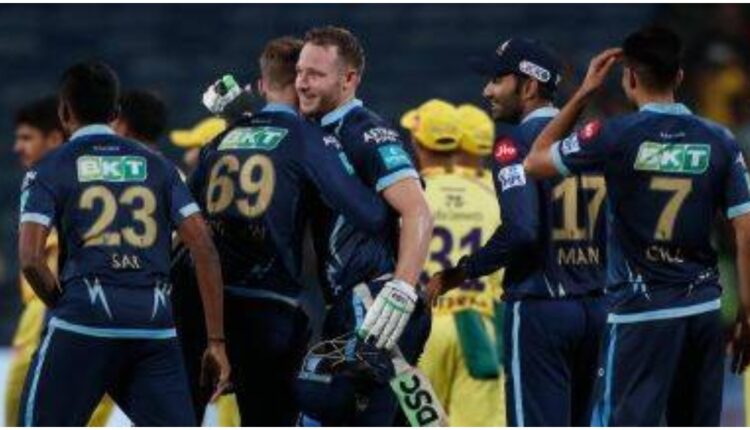 Pune: A fighting knock by David Miller (94 off 51) helped Gujarat Titans beat Chennai Super Kings by three wickets in a thrilling IPL 2022 match at the Maharashtra Cricket Association (MCA) Stadium, here on Sunday. Opener Ruturaj Gaikwad returned to run-scoring with an excellent half-century (73 off 48) and helped Chennai Super Kings post 169-5 in 20 overs, after being invited to bat first.

Apart from Gaikwad, Ambati Rayudu (46 off 31) played a solid knock and both batters stitched a crucial partnership of 92 runs off 56 balls for the third wicket. Lower down the order, Ravindra Jadeja (22 off 12) and Shivam Dube (19 off 17) also made valuable contributions with the bat for CSK.

Even though the wickets were falling at regular intervals at the end, David Miller, who kept sending the balls over the boundary line consistently from the other and kept Gujarat Titans’ hopes alive in the game. He stitched a 70-run partnership with Rashid Khan, who played a sensational knock (40 off 21) before getting out in the 19th over. However, Miller remained not out till the end and took Gujarat over the victory line with three wickets in hand and one ball to spare.

Over 3 Lakh Teleconsultations Provided To People In A Single Day: Health Minister