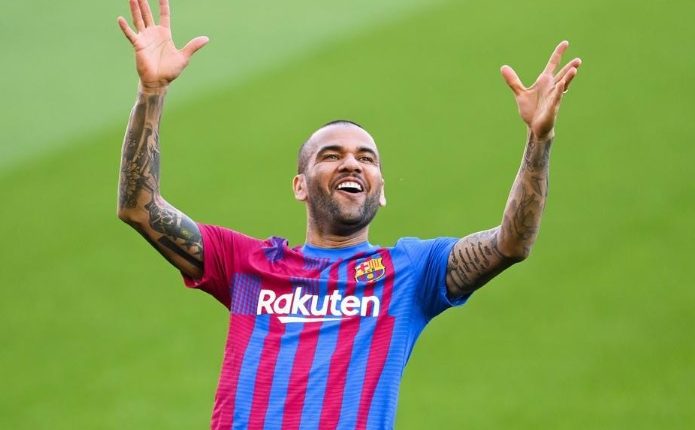 Madrid: Dani Alves has confirmed that he will not continue at the Camp Nou Stadium next season. The 39-year-old Alves returned to the club for the second half of last season, making 14 appearances and scoring one goal in La Liga to add to the nearly 250 appearances in his first spell at the club.

Alves’ contract with Barcelona expires on June 30 and after much deliberation, the club have decided not to extend his stay beyond that point.

Reports earlier on Wednesday indicated that the club had communicated their decision to Alves and now the veteran defender himself has confirmed that he will not be staying at the club beyond his current contract.

Taking to Instagram, Alves posted a message, part of which reads: “Dear Culés. Now it’s time for us to say goodbye.

“I would like to thank all the staff for the opportunity they gave me to return to Barça and to be able to wear this wonderful shirt again, they don’t know how happy I am!

“I hope Barcelona don’t miss my craziness and daily happiness. I hope that those who remain at Barça change the history of this beautiful club, I wish it with all my heart.”

Alves’ departure hints that Barcelona are likely to sign Cesar Azpilicueta from Chelsea, while Sergino Dest could also end up staying put at Camp Nou.