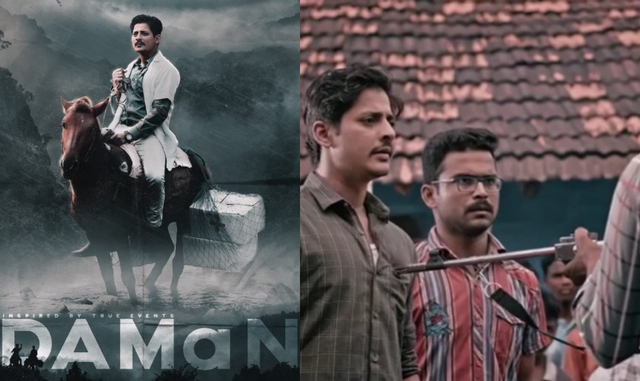 Bhubaneswar: Considering the motivational messages and popularity of Odia film DAMaN, Government has decided to screen the film at district and sub-divisional levels. Detail instructions to Collectors of all districts regarding this have been issued from the department of Health and Family Welfare department.

It may be pertinent here to mention that State Government under the directions of Chief Minister Sri Naveen Patnaik launched Durgama Anchalare Maleria Nirakarana ( DAMaN) in the year 2016 specially targeting 8000 villages in 8 malaria prone districts of the State. The coordinated and dedicated efforts of the doctors and officials at ground level inscribed remarkable success in eradication of malaria. However, the process of implementation was not very easy. It was blurred by blind faith, social stigma, and lack of connectivity in remote areas surrounded by hill, forest and rivers. The dedicated doctors and officers from concerned department had to toil hard for convincing the people, and mobilizing them to accept the scientifically proved health habits.

Taking this ground reality as the theme, Script Writer Debi Prasad Lenka Producer, Deepandra Samal, Director Vishal Mourya and Debi Prasad Lenka took the venture to shoot an Odia film which was released in the month of November, 2022. The film prepared in its natural setting acquired quick popularity and wide appreciation from cross sections of society. The film was also screened in Lokseba Bhawan conference hall last Sunday which was witnessed by senior officers of State Government including Chief Secretary Sri Suresh Chandra Mahapatra, wherein Sri Mahapatra recommended film to be shown at different levels.

With encouraging feedback from all quarters, Government in Health and Family Welfare decided to screen the film at district/sub-divisional as an inspirational tool for the employees and people.  Secretary of the department Smt Shalini Pandit said, “This movie carries a positive message on implementation of health schemes through joint efforts of Government and people in hard to reach areas”.   She asked Collectors of the all districts to arrange the special screenings of the film in their nearby theatres/cinema halls either at district or sub-divisional level as per suitability.

Former Senior Clerk of Cuttack Revenue Board Convicted For Bribery, Gets 2-Yr RI

Verify Aadhaar before accepting it as a proof of identity: UIDAI