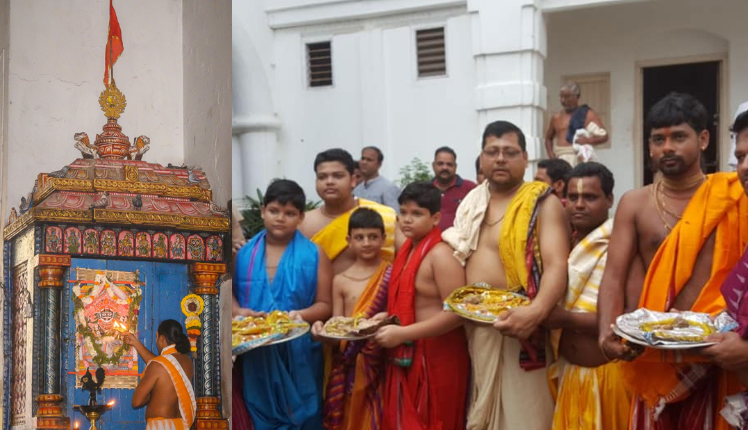 After the ritual, which was held this afternoon, the Daita Sevakas took Karala Chandan of the deities to Raj Prasad on a silver platter.

They informed Gajapati Maharaja that the sibling deities are cured now. They also informed him about Rath Yatra and Gupta Niti to the Maharaja.

As per the schedule, the Dwara Phita ritual was held at 4 am today. Then, Mangala Arati, Mailam, Abakasha Niti, and Rosha Homa rituals were held.