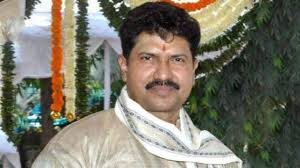 Mumbai: An independent MP, Mohan Delkar, from Dadra and Nagar Haveli, was found dead at a hotel in Mumbai on Monday.

According to the police, the primary investigation has pointed out at suicide. The 58-year-old politician, was found at a hotel on Marine Drive, police added. A suicide note was found in the room.

Mumbai Police said probe is being done and the cause of death will be ascertained after the post-mortem.

Mohan Delkar, who was earlier in Congress was a seven-term MP. He was Congress president of Dadra and Nagar Haveli when he quit the party in 2019.

He had been representing Dadra and Nagar Haveli in parliament since 2004.