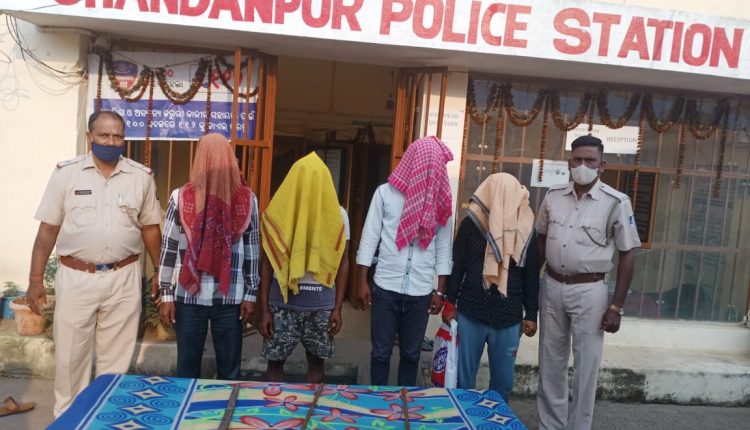 The arrested were identified as Purna Chandra Swain (17), Mithun Pradhan (33), Tutu Swain (33), and Sankar Mallik (40) all hailing from Chandanpur police limits. Two iron road, one black colour motorcycle without license plate, and one machette were seized from them, the police said.

Acting on a tip-off on Saturday at around 10.30 PM that some miscreants had assembled near Samjajpur Bridge and were planning to commit dacoity, Chandanpur police conducted raid and apprehended four persons while another managed to flee.

The four arrested accused persons have been forwarded to the court today, while efforts are on to nab the absconding member of dacoity gang, identified as Burundi Bastia, the police said.