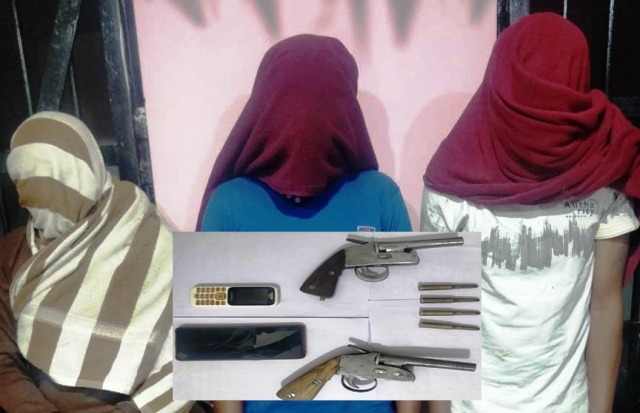 Bolangir: Three members of a dacoity gang surrendered before Loisingha Police after cops with the help of locals chased them down in the Kutasinga forest here today. However, two others managed to escape.

As per reports, a five-member dacoit gang looted cash and a laptop from a youth near Loisingha. On being informed, a police team swung into action and launched a manhunt. The police team located the dacoits within minutes and started chasing their vehicles.

Soon, the dacoits found themselves trapped in the forest near Kutasinga. When asked to surrender, they threatened the cops by brandishing guns. In the meanwhile, the nearby villagers surrounded them and they were asked to drop their weapons and surrender.

After hours of high drama, three robbers surrendered while two others managed to escape.

Reportedly, the arrested robbers are being questioned at Loisingha police station. A case has been registered and further investigation is underway, sources added.