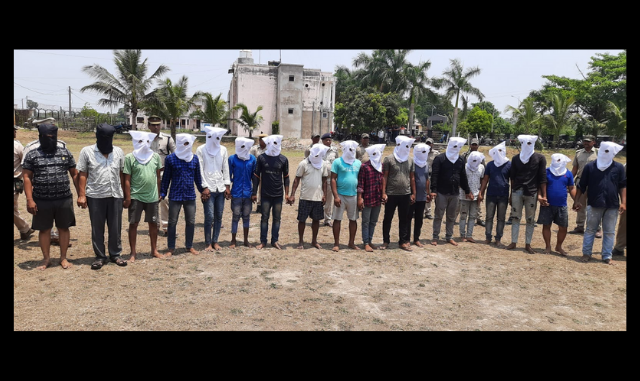 Kendrapara: In a major success, Kendrapara Police on Saturday busted a dacoit gang and arrested 16 members of the gang involved in several dacoity cases.

Reportedly, the gang was involved in committing snatching and dacoity from people.

It is worth mentioning that Some unidentified armed miscreants have allegedly attacked two members of a family and looted gold ornaments worth lakhs of rupees at Kakatpur village under Mahakalpada police limits in Kendrapara district.

However, the villagers managed to catch red-handed two miscreants while the four others escaped from the spot. Later, they handed over the two miscreants to Tantiapal Marine Police.

Based on the complaint the local cops have initiated a probe into the matter to apprehend the escaped robbers.

After pertinent efforts, the cops managed to nab other 14 members involved in various other robbery cases. The cops have also seized several stolen articles from them.

Met Predicts Rise In Night Temperature In Next 2-3 Days…