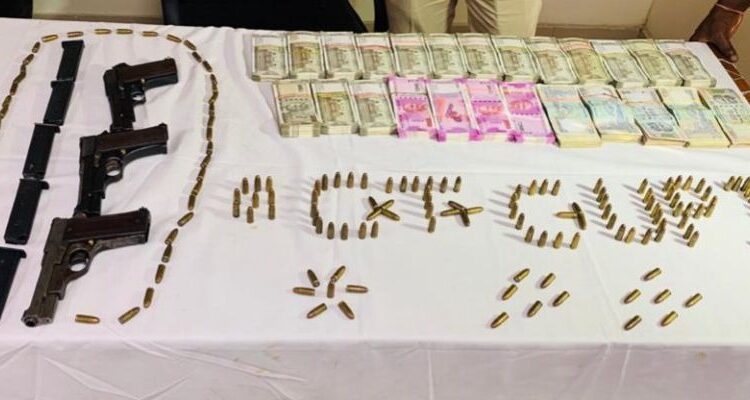 Cuttack: A huge cache of arms and ammunition was once again seized from the house of the arrested D brothers’ during a raid, said Cuttack DCP Prateek Singh.

Informing about the seizure, the Cuttack DCP said three 9 mm pistols, five magazines, 175 live ammunition and Rs 16.5 lakh in cash were recovered during the search, which started yesterday and concluded today. The gangster siblings had hidden the guns in the ceiling of their bedrooms.

The DCP further stated that the seizure were made following the statement of the gangsters-duo.

The D-brothers used to supply guns to criminals in different districts. Despite being lodged in jail, they were collecting extorting money from people through their associates, said the senior cop.

Currently, the two brothers are on a 3-day remand by the CP. They were grilled separately on the first day of their remand.

Earlier, this month, the CP had seized 16 guns, 24 magazines, and 1095 live bullets from a secret chamber of the house.