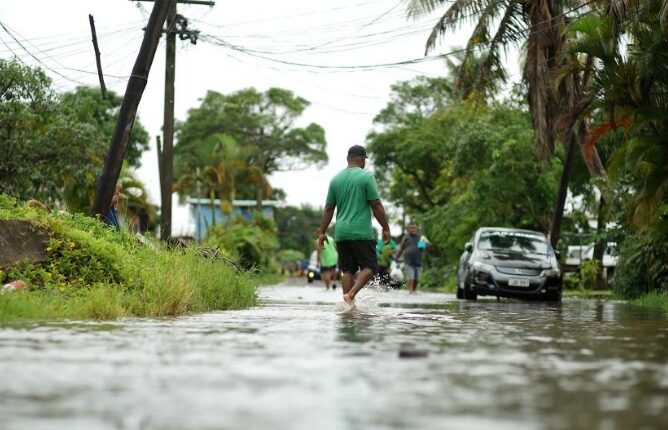 Suva: At least two people have been killed and an unknown number of homes and buildings were destroyed when category-5 Cyclone Yasa ransacked Fiji’s second-largest island Vanua Levu on Thursday night.

The category five storm tore across the northern island of Vanua Levu last night, with winds gusting as high as 345 kilometres per hour.

Further deaths were avoided by a nationwide state of emergency declaration and curfew, with the entire country ordered inside for 14 hours overnight on Thursday.

Meteorological data shows cyclones are becoming more intense and more frequent across the Pacific. In some cases, islands have had barely recovered from one cyclone before another hit. Once rare, two category-5 cyclones have hit Fiji this year.

Having passed over Vanua Levu, Cyclone Yasa was downgraded to category 4 and then category 3, but winds are still gusting at up to 275km/h.

And Tonga has now issued a cyclone warning for Yasa with forecasts showing it tracking close to its islands over the weekend.

Meanwhile, in Samoa, a separate tropical cyclone, Zazu, has brought widespread flooding to the capital Apia.