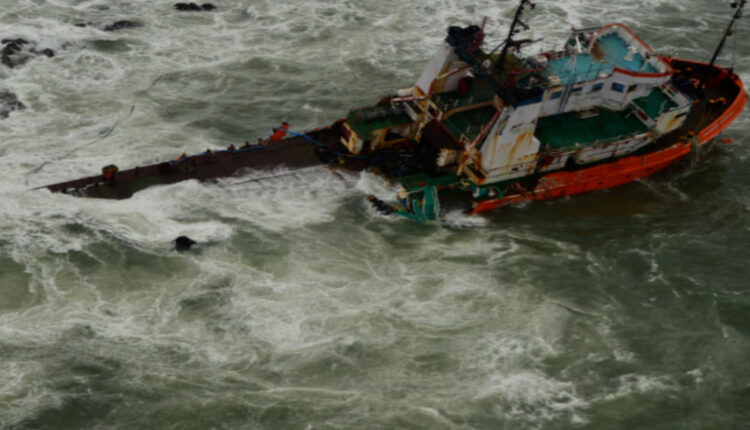 New Delhi: At least 11 more bodies of crew members of an accommodation barge, which went adrift and sank in Heera oil fields in the Arabian sea hours before the Cyclone Tauktae made landfall on the Gujarat coast on Monday, have been recovered since Wednesday night.

With this, the total toll from the tragedy rose to 37.

However, the search for the remaining 47 crew members of the barge and 11 others, who were on a tugboat, Varaprada, which too reportedly sank during the cyclone is underway.

The barge was deployed at a platform in one of the largest ONGC rigs in the Arabian sea. It got de-anchored on Sunday night. Deputy chief of naval staff vice-admiral Murlidhar Sadashiv Pawar said it sank around 7 pm on Monday in a choppy sea, which made the subsequent search and rescue operation one of the most challenging for the navy in four decades.

Afcons Infrastructure, which leads the consortium that had chartered the barge and hired its marine crew, has said there were 261 people on it.

The navy received an SOS from the barge on Monday morning following which three warships–INS Kochi, INS Talwar, and INS Kolkata–were dispatched for search and rescue operation along with four helicopters. The aerial surveillance was augmented by two S8I surveillance aircraft.The navy has so far rescued 186 from the barge and two crew members of Varprada. It has recovered 37 bodies, all believed to be the crew of the accommodation barge.

The naval said the search and rescue operation continues for the remaining missing crew members of the barge and the tugboat. Ships, surveillance aircraft, and helicopters have been deployed for the search. Coast guard units have also joined the operation.

Man Held For Getting Kittens Killed By Stray Dogs In Bhubaneswar