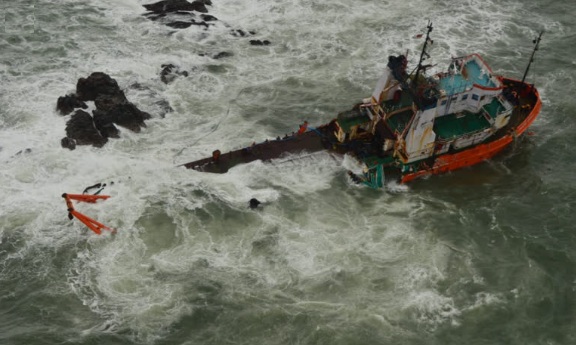 New Delhi: At least 89 personnel onboard accommodation barge P305 that went adrift in Cyclone Tauktae fury before sinking in the Arabia Sea off Mumbai coast are still missing, said the Navy on Wednesday.

The Navy confirmed all 101 workers on Sagar Bhushan, the oil rig, had been rescued. The 137 men on Gal Constructor, which ran aground near Palghar, had also been rescued. The 196 men on SS03, which is still adrift, are safe and a tug boat has been sent to tow her to safety.

The focus has turned to Barge P305, which sank on Monday, from which 184 of the 273 people onboard have been rescued. The other men, 89 in number, are missing. Search and rescue operations will continue for the next three days.