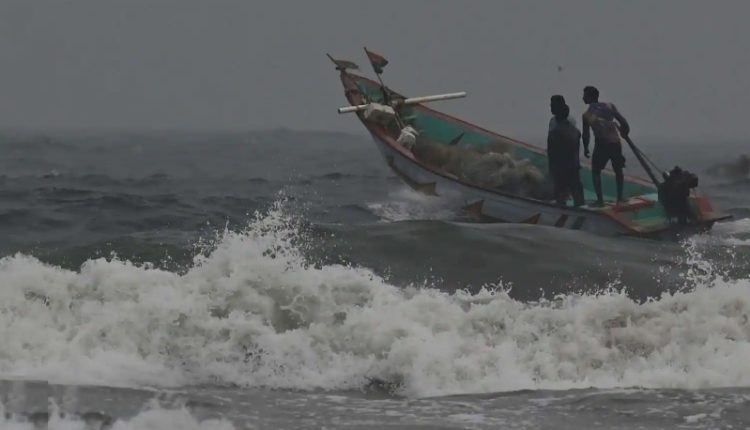 New Delhi: A depression in the Bay of Bengal intensified into the cyclonic storm and has been named as “Mandous”.

As of Thursday morning, Cyclone Mandous is approximately 500 km east-southeast of Karaikal and 580 km southeast of Chennai.

The name “Mandous” was formed to the storm when it was only a well-marked area over the Andaman Sea and the adjoining Bay of Bengal and later it was named as Mandous by the United Arab Emirates (UAE).

According to the latest update, Cyclone Mandous, (pronounced Man-Dous), which now lies centred over southwest Bay of Bengal at 5:30 am IST this morning — about 330 km east-northeast of Trincomalee (Sri Lanka), 500 km east-southeast of Karaikal and 580 km southeast of Chennai.

The system is likely to cross the coasts of north Tamil Nadu, Puducherry and Andhra Pradesh between Puducherry and Sriharikota at midnight on December 9.

Under its influence, rainfall is expected over parts of coastal Tamil Nadu, Puducherry and Andhra Pradesh till December 10. Squally winds, reaching 40-45 kmph gusting to 55 kmph, are also likely to prevail today. Sea conditions are expected to be rough, and fisherfolk are advised not to venture into sea.