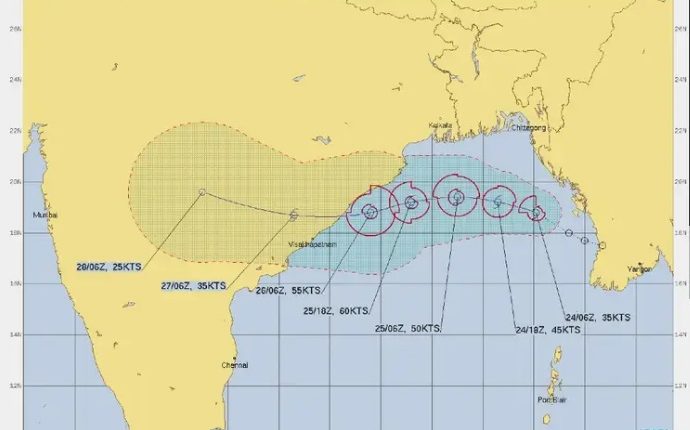 ” The Deep Depression over north and adjoining central Bay of Bengal moved westwards with a speed of 14 kmph in last 6 hours and lay centered at 8.30 AM of September 25 over northwest and adjoining westcentral Bay of Bengal, about 470 km east-southeast of Gopalpur (Odisha) and 540 km east-northeast of Kalingapatnam (Andhra Pradesh). It is likely to intensify into a cyclonic storm during next 6 hours.

It is likely to move nearly westwards and cross north Andhra Pradesh – south Odisha coasts between Vishakhapatnam and Gopalpur around Kalingapatnam by evening of September 26, 2021, ” said the IMD.