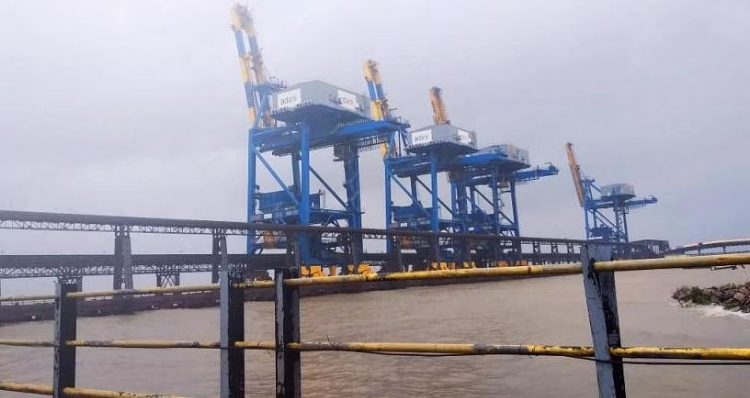 Bhubaneswar: As a cyclonic storm, Gulab, is likely to make landfall on Sunday evening, a warning has been issued for Gopalpur, Puri, Paradeep and Dhamra ports off Odisha coast by the Bhubaneswar Meteorological department.

According to IMD latest bulletin, ” A new depression has formed over the east-central Bay of Bengal which intensified into a deep depression on today and is likely to intensify into cyclone.

Cyclone ‘Gulab’ is likely to cross the two states on India’s eastern coast with 70 to 80 kmph and gusting upto 90kmph speed on Sunday evening.”

“Depression intensified into a Deep Depression over North and adjacent central BoB, likely to intensify into a CS next 12 hours and to cross south Odisha north Andhra Pradesh coasts around Kalingapatnam by September 26 evening,” IMD tweeted.

Under influence of possible cyclone Gulab, heavy rainfall with wind speed 75-85 gusting to 95 is likely in southern Odisha districts.