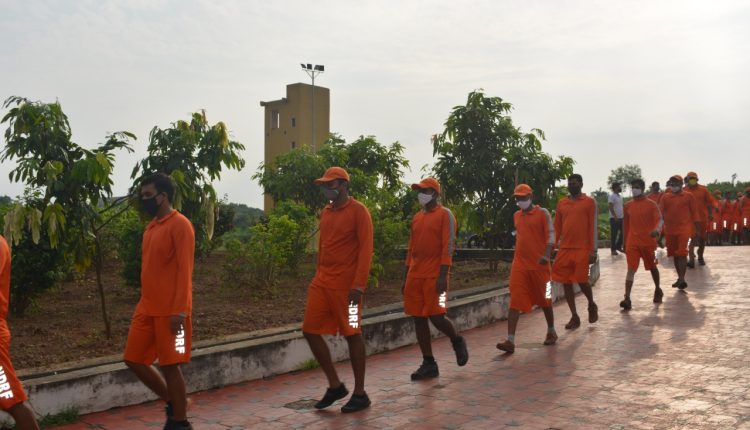 Bhubaneswar: In view of impending Cyclone Gulab, the National Disaster Response Force (NDRF) has mobilised 18 teams in Odisha and Andhra Pradesh as a preparedness measure.

All teams will be in their designated places in South Odisha and North Andhra Pradesh by Saturday late night, the NDRF said.

The low pressure area which had formed in the Bay of Bengal has intensified into Deep Depression and gradually intensifying into Cyclone Gulab. The Cyclonic Storm is almost about 410 km east southeast of Gopalpur and 480 km east northeast of K-Patnam.

The storm will be tracking west north-westward and crossing the coast just on the border of Andhra Pradesh and Odisha, possibly close to Srikakulam. The landfall of this storm is expected to take place by tomorrow evening hours.

The storm is a fast-moving weather system and will hold as a Cyclonic Storm itself and since sea travel will be less therefore, it may not intensify into a severe cyclone. While crossing the coast, the system may weaken.

So far, two storms have formed in the season, first one being Cyclone Tauktae which had formed in the Arabian Sea, between May 14 and 19, making a landfall at Diu. The other one was Cyclone Yaas that formed in the Bay of Bengal, around May 23 and 28, which had crossed the Odisha coast leaving a trail of destruction.

Mysterious Woman Invited One Accused To Meet Her In Chandipur: Crime Branch