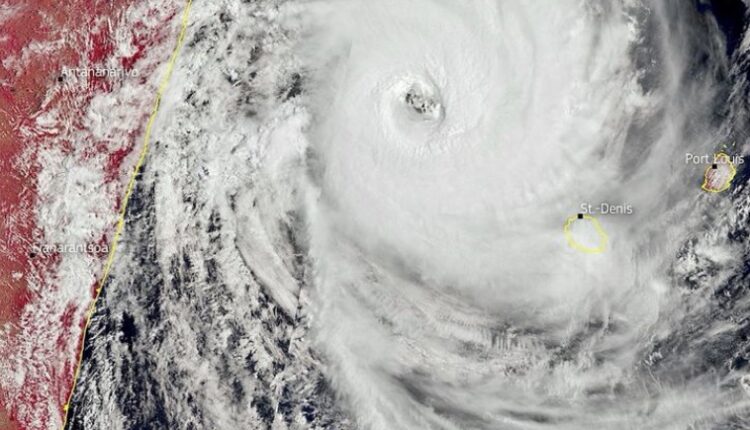 Geneva: Cyclone Batsirai is moving towards Madagascar and is expected to make landfall today evening.

With wind speeds of up 200 km/h (125 mph), experts fear that Cyclone Batsirai could be even more powerful than Storm Ana, which also hit Mozambique, Malawi and Zimbabwe.

Rainfall of 30cm (12 inches) is forecast on Saturday, raising the spectre of flash floods as the ground is already saturated, while the cyclone could also cause waves of 15 metres (50 feet).

The periphery of Batsirai has began to impact weather conditions in eastern Madagascar, with a gradual deterioration expected in the coming hours.

Environment Minister Vahinala Raharinirina said that it could be the worst cyclone to hit the island for 17 years, affecting some 600,000 people in total.

Batsirai could yet intensify from a category 3 to category 4 equivalent before making landfall in eastern Madagascar on Saturday, said reports.

The region has been repeatedly struck by severe storms and cyclones in recent years, destroying homes, infrastructure and crops and displacing large numbers of people.