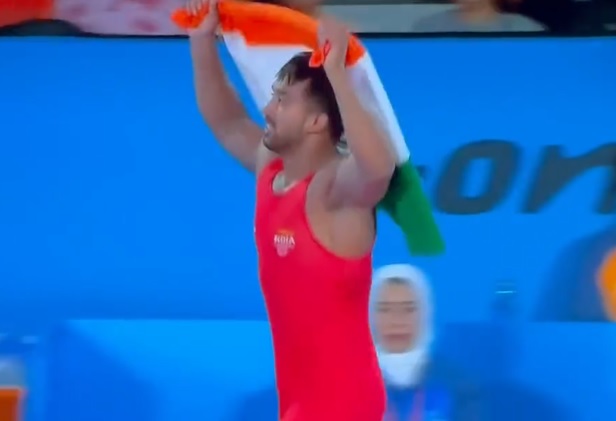 Indian wrestler Naveen beats Muhammad Sharif Tahir of Pakistan 9-0 in the final of the 74 Kg weight category to win a gold medal at the 2022 Commonwealth Games.

The 19-year-old wrestler made a big name for himself with a dominant show in the ongoing Birmingham Games as the young wrestler didn’t look unsettled in any of his bouts against the experienced campaigners.

Naveen beat Muhammad Sharif Tahir on points as he outdid the Pakistani 9-0 to add another gold medal to India’s tally to extend the country’s domination in wrestling.

In the final three minutes, Naveen managed to hold his ground with a powerful grip on his opponent, pinning and rolling the Pakistani wrestler in the ring to walk away with a gold medal.

Fire breaks out at Sara Ghara of Puri Srimandir