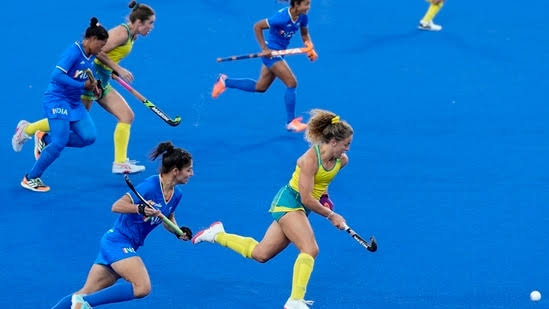 Birmingham: It was heartbreak for the Indian women’s hockey team in the semi-finals at Birmingham as they lost by 3-0 against Australia in a penalty shootout after the match ended with both the team levelled at 1-1 in regulation time. However, Indian captain Savita Punia was denied a save off the first shot by Australian Rosie Malone as the umpire informed that the clock did not start with Indian striker Lalremsiami ready to take India’s first shot.

Malone scored in a re-take to hand a 1-0 lead before Lalremsiami missed her shot. Kaitlin Nobbs then scored for Australia off the second shot before Jocelyn Bartram made a save off Neha Goel.

Amy Lawton then scored the third goal for Australia and with India requiring to convert to have a chance, Navneet Kaur missed the chance to score off the third shot to hand Australia the win.

In regulation time, Rebecca Greiner scored for Australia in the tenth minute before Vandana Katariya scored the equaliser in the 49th minute of the match.

The team was distraught and the India coach made strong comments about the incident. “I just don’t understand. Australia weren’t complaining… I don’t think even the ons didn’t take the drama fficials understood what happened… it’s not an excuse but that didn’t help us for sure,” said India coach Janneke Schopman on the shootout drama. The fans didn’t take the drama lightly, accusing International Hockey Federation of stealing the gold from India and denying India a chance in the final through pathetic standards of management at such a big level.

Captain Savita Punia added, “I can only say that it is tough for us but it’s part of the game.”

Petrol and diesel prices in Odisha on August 6