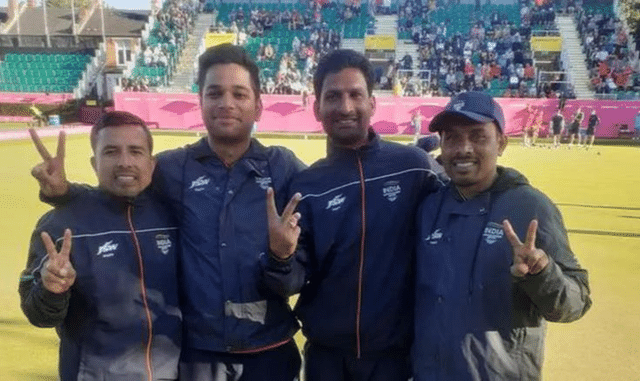 In the summit clash on Saturday, the Indian team suffered an 18-5 loss and finished 2nd against Northern Ireland. Despite the loss, India was rewarded with the silver medal for their wonderful campaign at the CWG 2022, leading up to the gold medal match.

Northern Ireland was off to a strong start in the final against India as they took a 2-0 lead at the end of End 1. They bettered their lead to 7-0 after End 4, as India earned their first points, with the scores standing at 7-1 in Northern Ireland’s favour after End 5.

The India men’s fours lawn bowls team consisted of players Sunil Bahadur, Navneet Singh, Chandan Kumar Singh, and Dinesh Kumar. This was India’s 2nd medal in the Fours Lawn Bowl event which came days after the India women’s fours team claimed a historic gold medal by defeating Australia in the final. The Indian women became the first team to win a gold medal in the event.