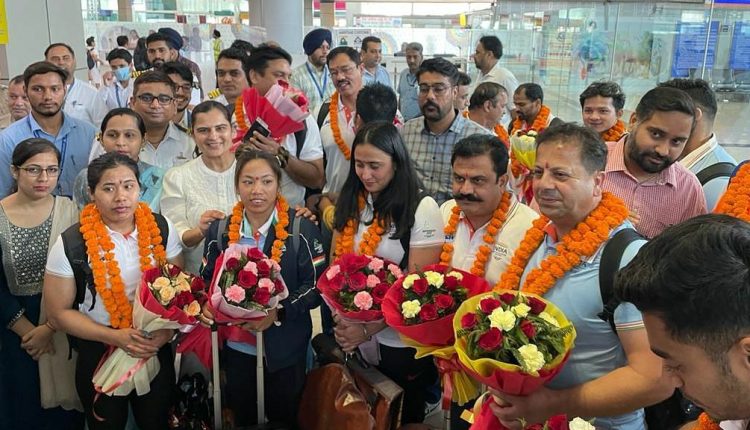 Amritsar: The Indian weightlifting team, which put up an impressive show in the ongoing 2022 Commonwealth Games in Birmingham, was felicitated on arrival at Sri Guru Ram Dass Jee International Airport in Amritsar, Punjab on Saturday.

The weightlifters and coaches were given a warm welcome by district administration officials at the airport. In the 2022 Commonwealth Games, India won 10 medals in weightlifting, comprising three gold, three silver and four bronze medals.