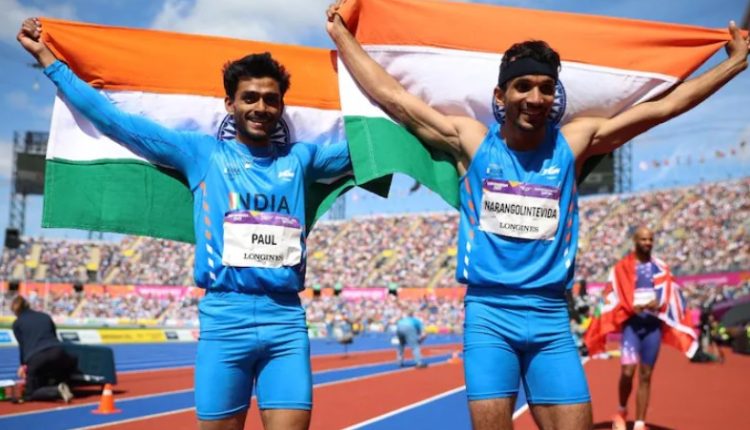 Birmingham: India’s Eldhose Paul scripted history as he became the first Indian to win a Gold medal in the men’s triple jump while Abdulla Aboobacker clinched silver at the Commonwealth Games here on Sunday.

Eldhose also became the first jumper to clear 17m in the CWG event when he jumped 17.03m – personal best – in his third attempt While Abdulla Aboobacker won second place with a 17.02m jump in his fifth attempt.