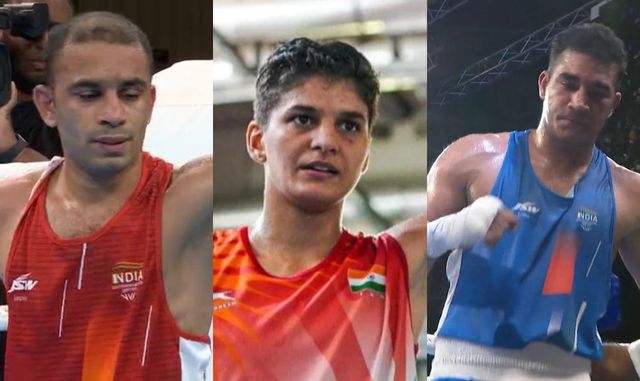 Birmingham: Indian boxer Amit Panghal assured himself of a Commonwealth Games medal with a comprehensive win over Lennon Mulligan of Scotland as he stormed into the men’s flyweight (51kg) semifinals on Thursday.

Super Heavyweight boxer Sagar Ahlawat ensured the sixth medal for India from the boxing ring after winning his (+92kg) quarter-final against Seychelles’ Keddy Agnes at the Commonwealth Games on Thursday.

Earlier, Sagar defeated India’s No. 1 super heavyweight and 2020 Tokyo quarterfinalist Satish Kumar 5-0 and reigning national champion Narender in the trials for men’s +92kg to book his place for the Commonwealth Games.

Similarly, Jaismine Lamboriya ensured the fifth medal for India from the boxing ring after winning her lightweight (60 kg) quarter-final against Troy Garton of New Zealand.