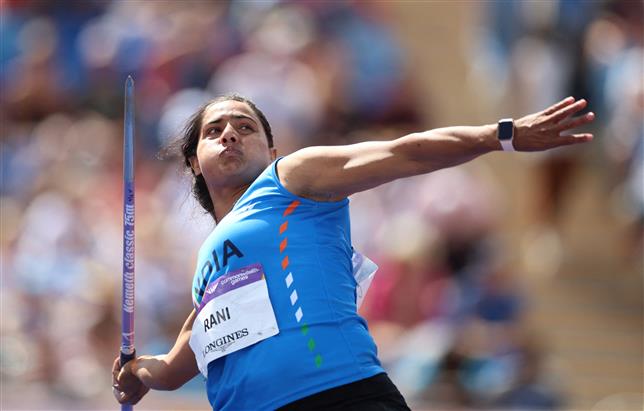 Birmingham: India’s Annu Rani on Sunday scripted history as she became the first Indian female javelin thrower to win a medal at the  Commonwealth Games 2022.

With a throw of 60m, Annu clinched a bronze medal for the country.

Australia’s Kelsey-Lee Barber won the gold with a final round throw of 64.43m from compatriot Mackenzie Little (64.27m) who was leading at the end of the penultimate round.