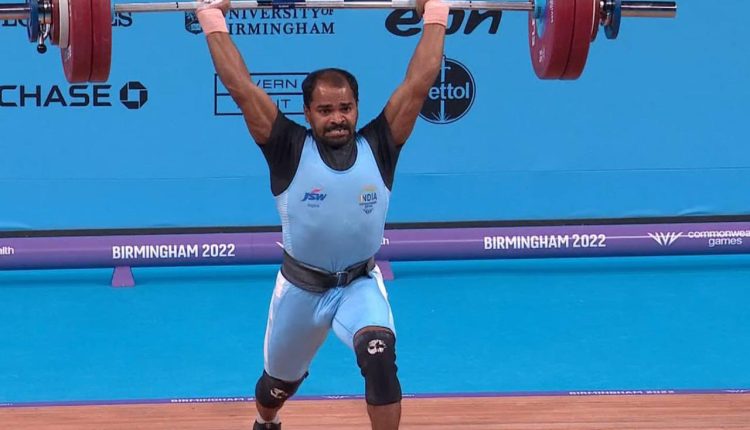 Birmingham: India got its second medal at the Commonwealth Games 2022 in Birmingham as Gururaja Poojary won a bronze medal in the men’s 61kg weightlifting with a total lift of 269kg (118+151) on Saturday.

Gururaja was competing with Canada’s Youri Simard. But the Indian weightlifter produced a personal best of 151kg in clean and jerk to finish with 269kgs, one kilo more than Simard to secure India’s 2nd medal on Saturday.

Gururaja, who was India’s first medalist at the Gold Coast Games in 2018, began with an explosive clean lift of 115kg without any trouble and went to the top.

With Youri Simard of Canada and Morea Baru of PNG catching up, Poojary added 3 more kgs in his second attempt, making it a 118kg lift which he also managed with ease.

However, in his third snatch attempt, which was of 120 kgs, Poojary fumbled, and at the end of the round was placed fourth with Aznil Bidin leading, followed by Morea Baru and Canada’s Youri Simard.

Prime Minister Narendra Modi showered praise on Guraja Poojary after the weightlifter secured a bronze medal at the ongoing Commonwealth Games on Saturday. Fans and others also congratulated Poojary after his fine effort.

2792 Villages In Odisha To Be Connected With 4G Mobile Service

Gautam Adani Given Z Category Security Based On IB Report