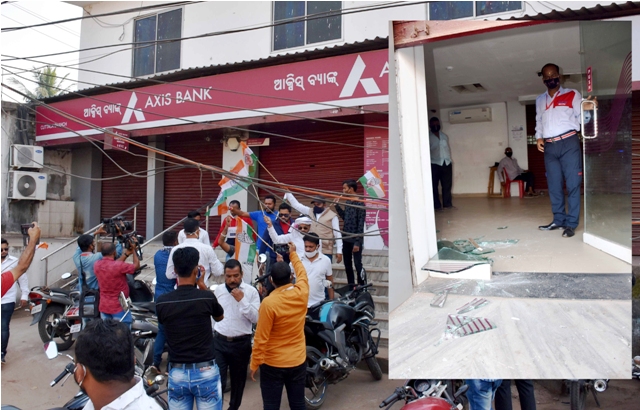 Cuttack: As many as 19 Congress workers including 12 women have been arrested by Badambadi police today on charges of vandalising ATM during Bharat Bandh.

According to police, Cuttack Nagar Mahila Congress chief Giribala Behera is also among the arrested.

Today, farmers supported by different political parties and trade unions observed Bandh as part of the protest against new farm laws enacted by the Centre.

Police said that the protesters led by Behera barged into the ATM despite the stern warning and resorted to vandalism and added that efforts are underway to identify others involved in the act.